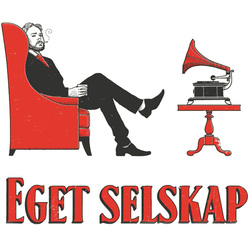 Closing Eyes are releasing a 12’’ with remixed songs from their album “Soft Years” 26 October! The remixes are done by the renowned musicians Lindstrøm, Prins Thomas, Matias Tellez and Emil Nikolaisen. “Soft Years”, which was released in January this year, is produced by Emil Nikolaisen from Serena Maneesh and released through the Bergen-based indie label Eget Selskap. The album is a collection of sweet, sugary pop songs about love, relationships and bygone time. Now selected songs have been reworked by some of Norway’s most famous producers and are ready to hit the dance floor!

As former rigid rock purist, Eirik Asker Pettersen gives Lindstrøm and Prins Thomas credit for opening his eyes to disco, synths and more danceable music in the early 2000’s. Eirik has done a great deal of listening to their music since then, so when he heard that Lindstrøm was fan of their song Bambole, Eirik had to ask him to do a remix. “It’s extra cool that he chose to do the remix with ‘the prince’! I love that they kept the story and the song as a base, but still made it an unmistakable Lindstrøm and Prins Thomas track!” – Eirik Asker Pettersen

The melody master Matias Tellez is a relatively new acquaintance of Closing Eyes. They released their albums on the same day and ended up, somewhat randomly, celebrating their releases together until dawn. Asker Pettersen became fond of Matias’ music, and learned that Matias had produced a lot of the music he was already listening to. Matias had to be asked to do a remix. “I am very weak for sentimental, psychedelic ballads with big chords, so I love that Matias’ version is so dreamy and orchestrated! It gives me massive Brill Building and Burt Bacharach vibes! Super classy.” – Eirik Asker Pettersen

Emil Nikolaisen is already a part of the Closing Eyes-team, as he has produced their debut album “Soft Years” and joined them on stage several times. They quickly noticed Emil’s fascination for Bambole and asked if he wanted to do a Serena Maneesh version. “His new take on Bambole might be more of a continuation of the song than an actual remix. He even brought vocalist Emilie back in studio to rant some more in Italian! I love that it became a version you feel will last forever.” – Eirik Asker Pettersen